A Lifetime Dedication to Environmental Progress: A Conversation with Dodd Galbreath of Lipscomb University 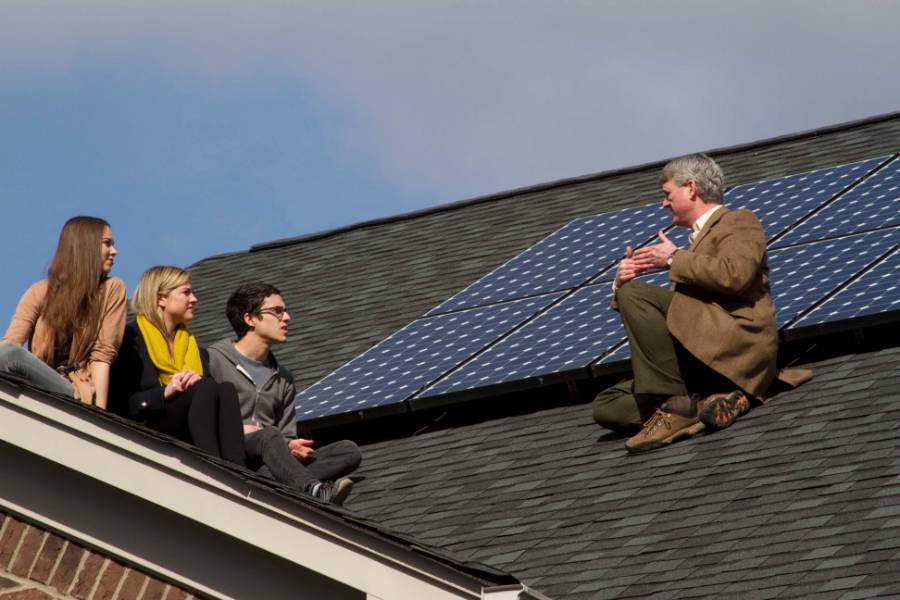 A Lifetime Dedication to Environmental Progress: A Conversation with Dodd Galbreath of Lipscomb University

SUBSCRIBE TO RIVER TALKS ON APPLE PODCASTS, SPOTIFY, OR GOOGLE

You would be hard-pressed to find someone who has had as much influence over Tennessee’s environment and its people as Dodd Galbreath. Dodd has dedicated his life to building an inclusive, transparent, and influential environmental movement in our state. He spent decades in public service before turning his efforts towards training the sustainability workforce by developing Lipscomb University’s Institute for Sustainable Practices.   In 2020, Dodd Galbreath was the recipient of the Robert Sparks Walker Lifetime Achievement Award from the Tennessee Department of Environment and Conservation.

In this River Talk, Dodd shares about his roles in local and state government, his mindset behind creating the Institute for Sustainable Practice, the role of creation care in the environmental movement, and how (and why!) we should all find our space in protecting Tennessee’s environment.

Dodd Galbreath is the Founder of the Institute for Sustainable Practices at Lipscomb University, Director of Graduate Student Education, an Associate Professor. In the Fall of 2007, Professor Galbreath founded the Institute for Sustainable Practice, the Southeast’s first, comprehensive, academic sustainability program. As the director of graduate programs, his teaching primarily focuses on Earth systems and applied and advanced sustainability. Professor Galbreath has studied sustainability throughout the United States, China, and eight European countries. Four mayors of Nashville and three Tennessee governors have appointed Professor Galbreath to leadership roles. He currently serves as chair of the Metro Nashville Stormwater Management Committee and on a mayoral sustainability advisory committee. At the state level, he serves on the Tennessee Board of Water Quality, Oil and Gas representing environmental interests.

Before coming to Lipscomb, Professor Galbreath created one of Tennessee’s first corporate sustainability consulting practices at URS Corporation. While serving two governors of both parties, he led passage of six state laws to manage surface and groundwater use, designate a state scenic river, and restore natural rivers and wetlands. He also co-chaired one of the nation’s first, state environmental justice plans. Over his 37 year career, Professor Galbreath also served in the federal government, at three university research centers, received two statewide leadership awards and was recently awarded the Roberts Sparks Walker Lifetime Achievement Award from the governor and commissioner of the environment for Tennessee.