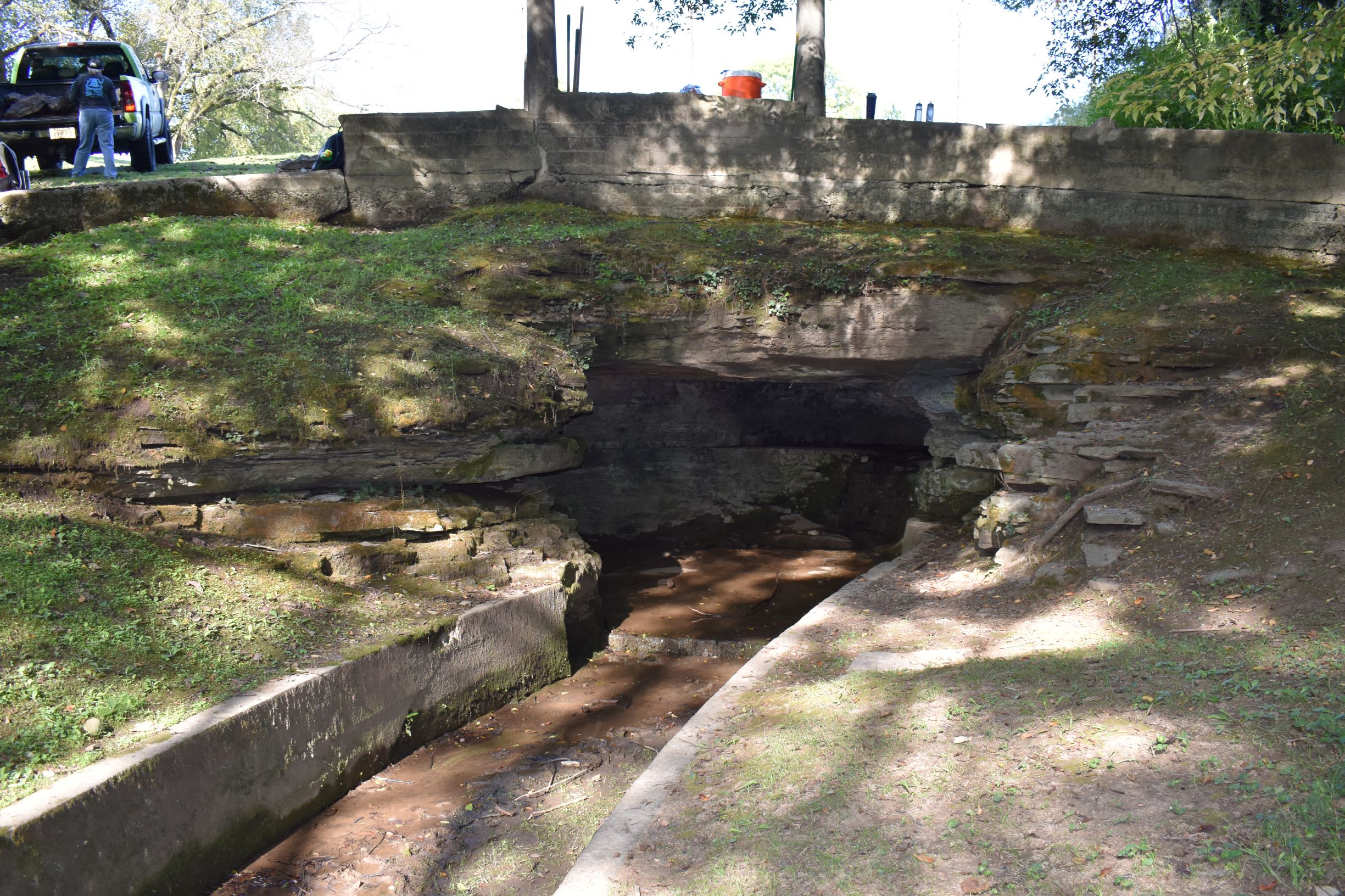 A HIDDEN GEM IN SHELBY PARK GETS NATURALIZED

On Saturday, September 19th, and Sunday, September 20th, 2020, volunteers assisted Cumberland River Compact and Friends of Shelby Park in an exciting project to restore a historic Shelby Park landmark to a more natural state. Cave Spring, located in the 150-acre park along the Cumberland River, is a beautiful secret retreat hidden amongst the trees. The park opened to the public on July 4th in 1912, however, over the years many original features of the park have fallen into disrepair.

With a concrete channel extending from the cave entrance and further additions of concrete over the years, water had nowhere to go other than rushing down the sidewalk. A major goal of this restoration project was to replace the concrete with a naturalized stream passage that allowed the water to slow down and invite a more natural habitat.

Most of the park’s historic structures are only memories, and those that remain are in poor condition. Cave Spring is one such remaining cultural and natural feature that has been disconnected from the identity of Shelby Park. Many current visitors are not aware of its existence or history. One can still see the remains of the grotto, fountain, stone steps, and pergola that were constructed around this natural spring in 1913. Park visitors once sat inside the grotto of the cave and appreciate not only the sounds of the spring but also the naturally cool air provided by the cave. – Shelby Park Master Plan 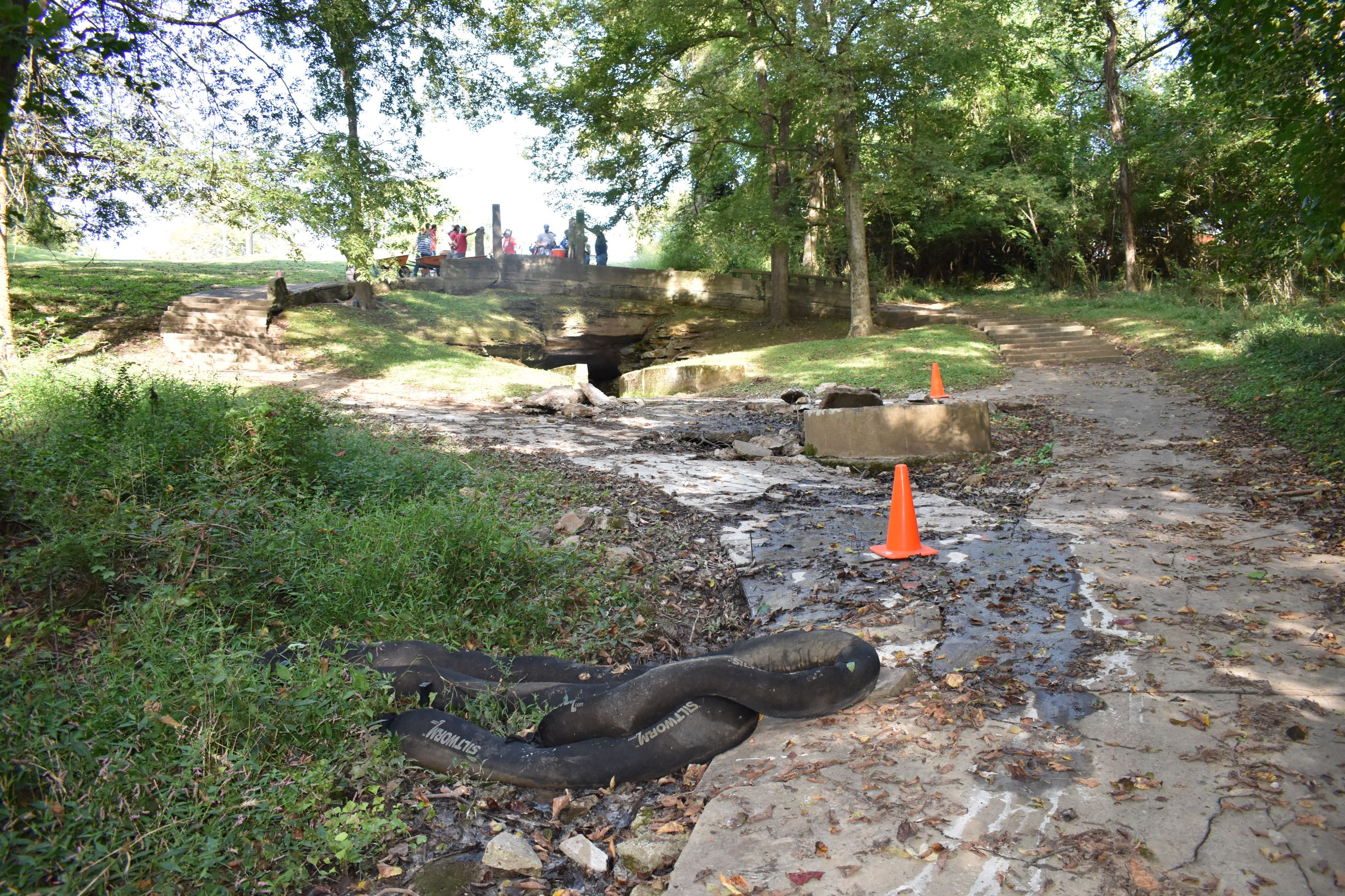 Through the Cumberland River Compact’s DePave program, volunteers were equipped with rock bars, wheelbarrows, and other supplies to come in and help remove pavement chunk-by-chunk from this site. They did most of the concrete removal in under 2 hours! More volunteers came to remove the remaining gravel and prep the area for planting, as well as remove some surrounding invasive species from the area.

Devoid of rocks and vegetation, the original concrete area in front of the spring lacked many of the features that aquatic invertebrates needed to survive. The restored stream channel will provide plenty of areas for creatures such as dragonflies, crayfish, mayflies, and more to live and reproduce. To jumpstart the formation of natural habitat, the Compact will be working with the Friends of Shelby Park to add river rocks to the channel and replant the surrounding areas with native plant species in October of 2020. 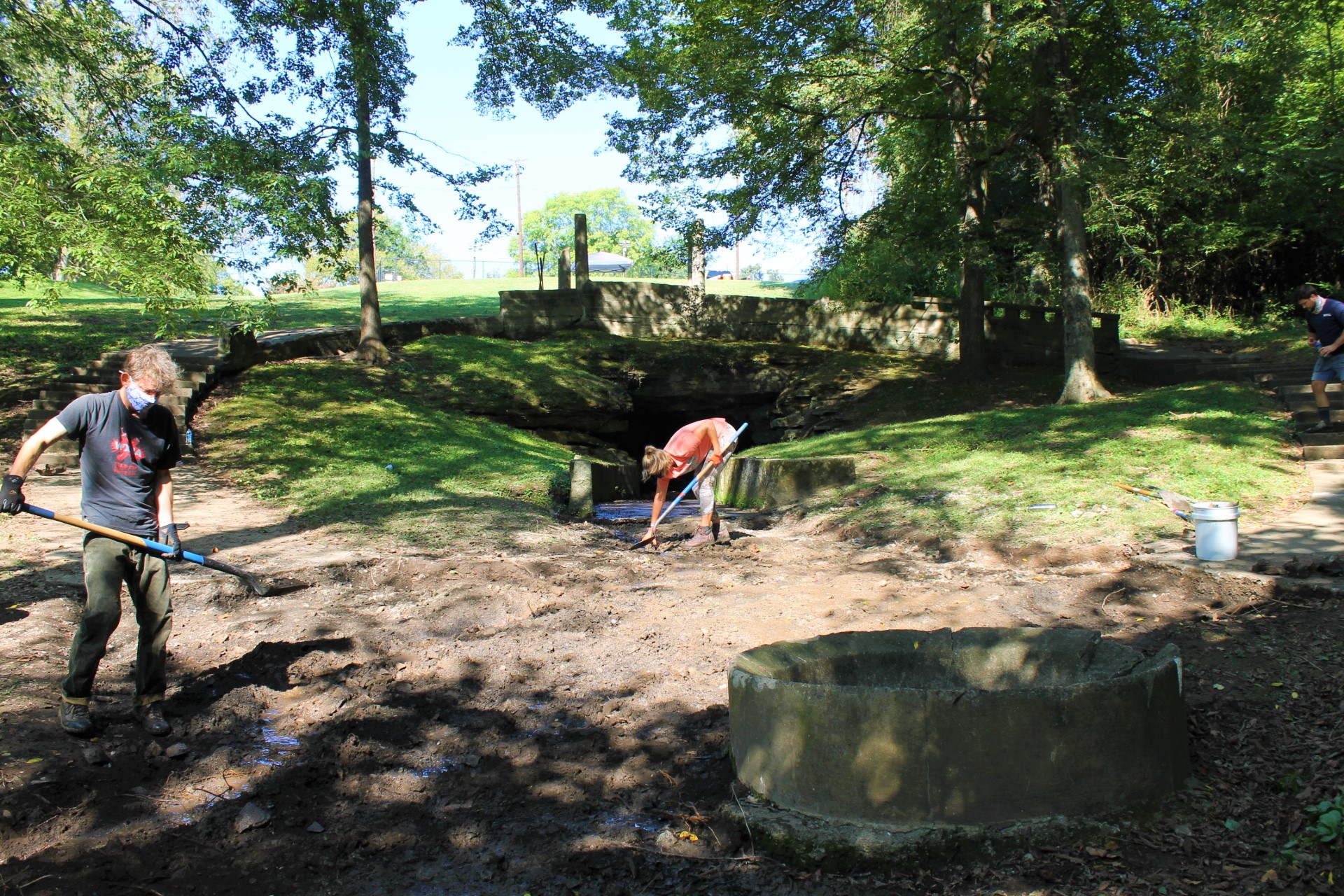 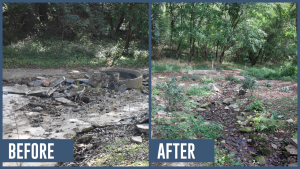 Two years after the restoration of Shelby Park’s historic Cave Spring, the stream is thriving; it’s natural flow re-established and an array of native flora and fauna surrounding it. Since the initial restoration project, Friends of Shelby Park has added river rocks to the channel to help direct flow and replanted the surrounding areas with native plant species.

The water flowing from historic Cave Spring now follows its original route, slowing the flow of the stream to prevent flooding and allow surrounding habitat to thrive.