Snakes in the Cumberland River Basin 101 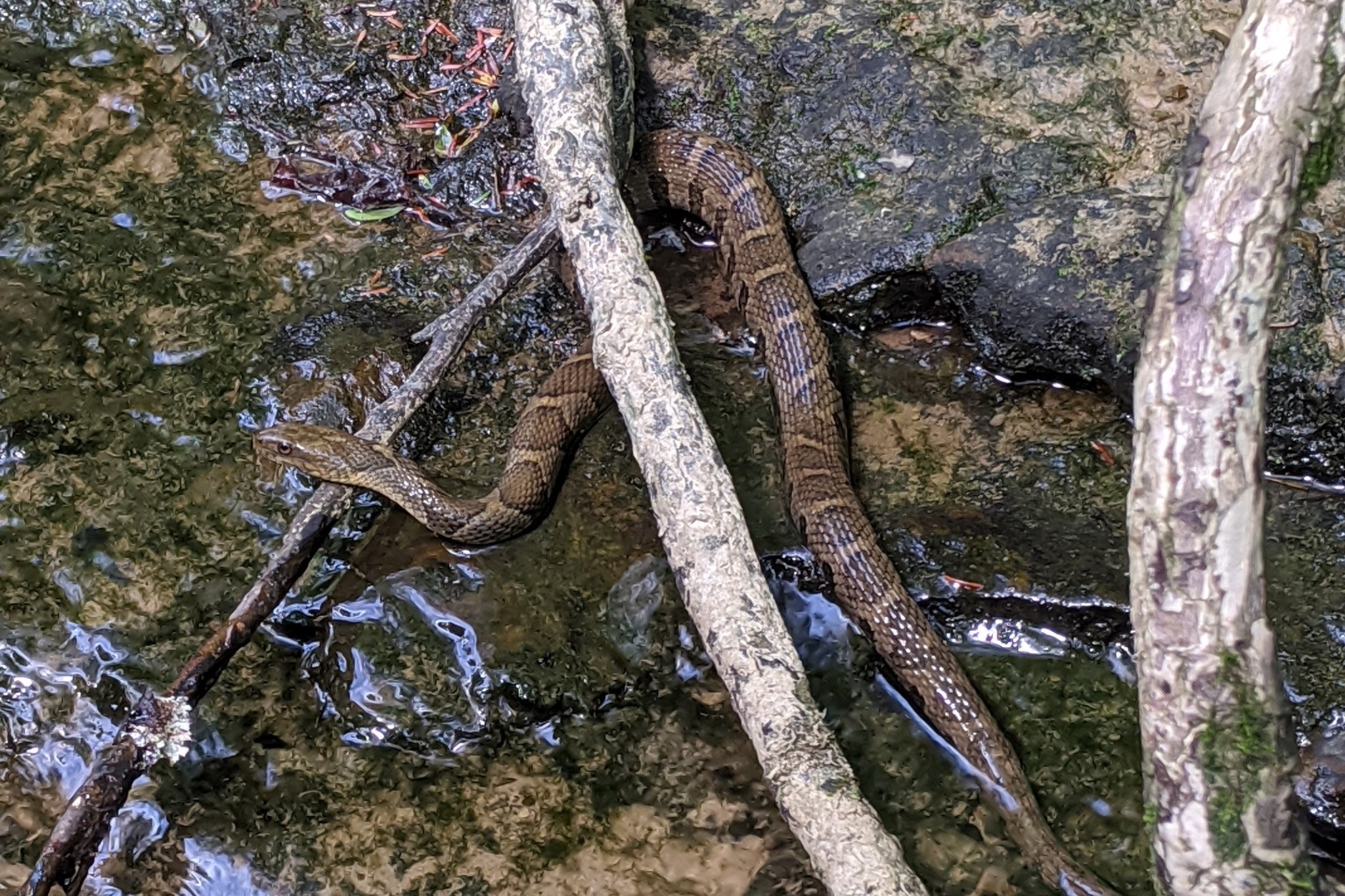 Spending your summers outside in Middle Tennessee means you have a high likelihood of running into three things that can make your hair stand up. Ticks, poison ivy, and snakes. I won’t attempt to change your mind on the first two, but snakes play an important role in our area and pose a far less severe threat to us than we do to them. So far this year, our staff has had more than a few run-ins with our slithery neighbors while we’ve spent so much more time than we typically do at home. That, paired with some calls coming in from residents full of concern with the snakes they’re finding, made us feel like it’s time to give advice on what to do when you find yourself nearby a snake.

Leave it be! Obvious, isn’t it? Don’t know if a snake is venomous or not? Spooked and startled with a spike of adrenaline kicking in? Take a step back, and take out your phone to snap a pic. Outdoor apps like iNaturalist are a great way to identify just about anything you find in the wilderness and will geotag your location to narrow down what species it may be. This way you get all the enjoyment of understanding what you’re looking at while keeping a safe distance for both you and the snake. Several of the staff members at the Compact have done this very thing on their own iNaturalist pages, like Ross. A great way to avoid getting unexpectedly too close to a snake is to always step on top of logs and rocks and then take a nice long stride off of it to give yourself plenty of space from where they like to hide.

Good Snakes vs Bad Snakes. First off, it should be stated that there is no such thing as a “good snake” or a “bad snake.” The current understanding of serpent morality suggests snakes lack said morality. What is important to know is which snakes in our area can cause you more harm if bitten by one than others. The Tennessee Wildlife Resources Agency has identified 32 species native to our state, only 3 of which are venomous and reside in the Cumberland River basin. These three are the copperhead, the timber rattlesnake, and the cottonmouth. Before we continue it must be noted that there is a difference between “poisonous” and “venomous.” The three snakes listed below, like all pit vipers, are venomous, as they are not toxic to swallow (which poison is) but are toxic when injected into tissue under the skin.

Who’s to be feared? With the destruction of habitat, killing off their prey, and killing them due to misplaced fear we present a far greater threat to snakes than they do to us. More people die by lightning strikes each year than they do snake bites.

Snakes play a critical role in an ecosystem like the Cumberland River basin and ensuring their safety and preservation will go a long way in protecting the basin as a whole. Killing any snake you find is against state law, as they are a protected species, venomous or not. If you find a harmless snake in your yard it’s suggested that you leave it be, as they are excellent hunters of rodents that could be a nuisance for you and your property. If you find a venomous snake in an area where you don’t think leaving it there would be safe you can spray them with a garden hose as the cold water will send them scurrying off. There are also snake/pest removal companies that can come and remove the snake for you also. Again, snakes are crucial in assisting us to preserve our ecosystem and should be thought of as more of a legless, armless outdoor neighbor, rather than a threatening menace.