Life in the Balance // Biodiversity in the Cumberland River Basin 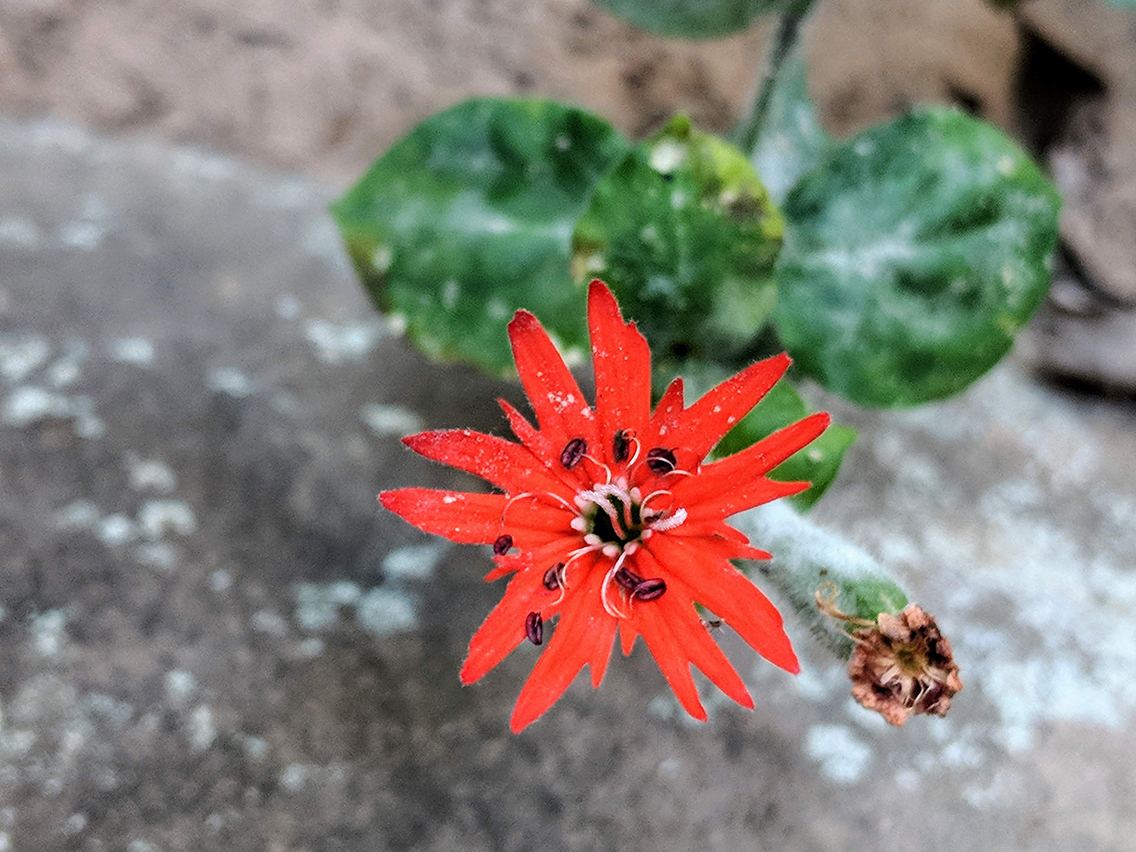 In October, some colleagues and I found ourselves in Pogue Creek Canyon State Natural Area in Fentress County, Tennessee. Pogue Creek is a headwater stream that carves a dramatic descent down the Cumberland Escarpment from the Appalachian Mountains. Eventually, the water here finds its way to the Cumberland River. Most of us at the Compact enjoy learning about the plant and animal species found in our basin and Pogue Creek is an exceptional place to do this.

The trail here envelopes you in dense corridors of rhododendron and runs alongside monolithic walls of sandstone. We identified witch hazel shrubs and sourwood trees, katydid, crayfish, and a native species of orchid.

At times, we were sheltered beneath full ceilings of bigleaf magnolia. Closer to ground the flora was decked out for the holidays – Christmas ferns and festive red and green expanses of partridgeberry. The Nature Conservancy purchased this property in 2005, before transferring it to the state of Tennessee in 2006.

Surveys of the property have discovered over 300 species of plants, as well as an abundance of birds, aquatic animals, amphibians, and cave species within the 4.5-mile area.

Nearly every species we discovered was fascinating to learn about. The forked branches of witch hazel have been used for centuries as divining rods – a superstitious practice rooted in the magical traditions of Renaissance-era Germany.

The leaves of bigleaf magnolias were like enormous elephant ears. These trees have the largest simple leaf and the largest single flower of any North American plant. Growing out of vertical rock faces were coral bells, a species I’d only ever seen in urban gardens. Growing inside rock caves were Indian pipes, parasitic plants that can live without sunlight because they steal energy from nearby trees.

Looking at this plant, you question whether it’s a plant at all.

When I was growing up, my dad made time each summer to get my brother and I into our country’s national parks. Many of these trips took us out west, and this was when I first became interested in biodiversity. Our modus operandi – in addition to playing games of hearts – involved stopping by ranger stations to pick up pocket naturalist guides – those laminated foldouts that help you identify common plant and animal species in the park.

As we explored a park, we’d be tallying up animals. In Yosemite, for example, we’d keep track of all the mule deer, osprey, or jack-rabbits we saw; it was a thrill to see black bears, but, I even got a kick out of chipmunks. Seeing giant sequoias or a black-billed magpie was cool not only because the species themselves were cool, but also because I personally had seen them. All this wild and rugged life became part of my own life experience and identity. We were sharing experiences – these species and I – we were in this together!

It wasn’t until I had a close friend fall head over heels for bird watching that I began to realize how rewarding learning about species in the Southeast could be. On the evening before he got married, he hauled me and some of our other friends into the woods near his house and started calling barred owls. As multiple owls encircled and responded to us, I was spellbound. It was magic. I bought a pair of binoculars and discovered my world was home to cedar waxwings and indigo buntings – scarlet tanagers and baltimore orioles. Once again I was tallying up species! Identifying birds reacquainted me with a feeling of connection to the natural world, and I felt increasingly enriched by the connection. 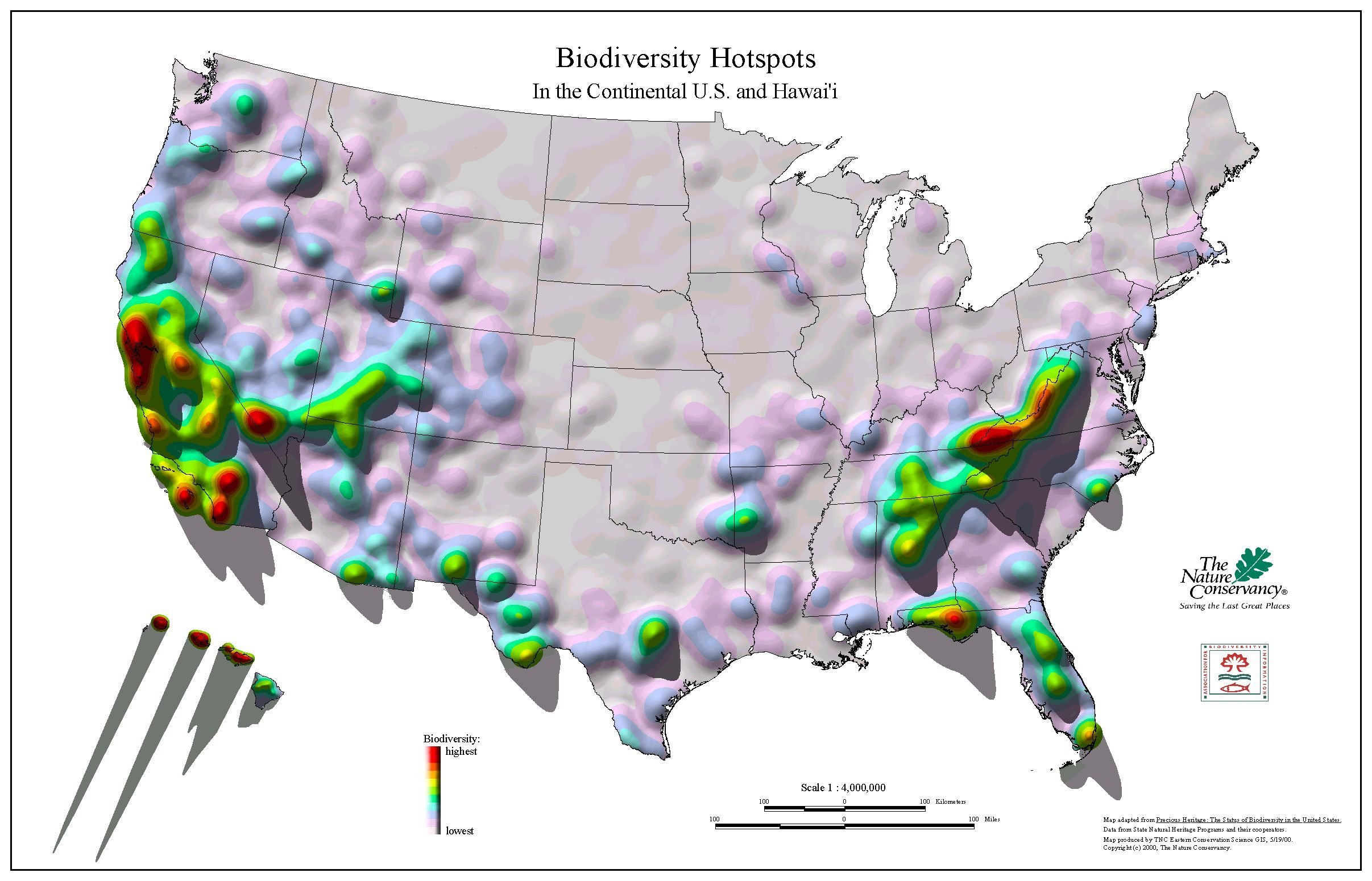 These days, I indulge myself with a grandiose notion that I might one day know every plant and animal species across the Cumberland River Basin! It’s an achievement that would take me lifetimes, but I enjoy this fantastic, out-of-reach aspiration. It inspires me to get outside, to keep learning. Aspiring to know more about the natural world is so literally life-affirming.

Visiting a place like Pogue Creek Canyon is almost overwhelming. There’s so much life. Indeed, here in the Cumberland River Basin we live within one of the most biodiverse regions in the United States. And, our basin’s headwaters in the Southern Appalachians are one of the most biodiverse, temperate places on earth. Almost 10,000 species are known to exist in the Southern Appalachians and more are discovered every year.

Of the thousands of plant and animal species that make up our basin’s biodiversity, each has invested millions of years in developing a unique approach, in acquiring a unique understanding of how to live in the world around us. The same world that, given the day, may be weighing down on or rewarding us.

When we take a hike through a pristine forest or sit beside a healthy mountain stream, I don’t think it’s any coincidence that we walk away with an improved sense of perspective and an increased ability to meet life’s challenges.

A Conservation Need and an Opportunity

Scientific attempts to estimate the dollar value of our biodiversity are important and improving. Insects, for example, are known to pollinate roughly 75% of the world’s food crops, a service worth up to $500 billion dollars. Rarely do estimates even attempt to place a dollar value on the more intangible benefits provided by nature.

As esoteric as they may be to articulate, I think most of us recognize that their value is immense. As a result, even a staggering, multi-billion-dollar estimate can feel like an insufficient valuation of our natural heritage and the intrinsic (and unknown) benefits of lesser-known plants and animals can feel overlooked.

We live at a critical juncture in the history of life on this planet. The United Nations has reported that as many as 150 species go extinct every day – 1,000 times the natural rate. Current rates of defaunation – the decline in the abundance of individuals – may warrant even greater concern. Even non-threatened species are experiencing alarming rates of defaunation, which is causing “negative cascading consequences on ecosystem functioning and services vital to sustaining civilization.”

These are crushing realizations to come to terms with. But, I think we should take heart and derive a strong sense of purpose in knowing that in the Cumberland River Basin, we’ve been entrusted with a globally significant, immeasurably rich, natural heritage. In the map below, NatureServe highlights locations in our nation where there are high numbers of vulnerable species and high-value conservation opportunities. These are still-intact natural areas that are considered “irreplaceable.” In the Cumberland River Basin, we have both the need and the opportunity to make a difference. 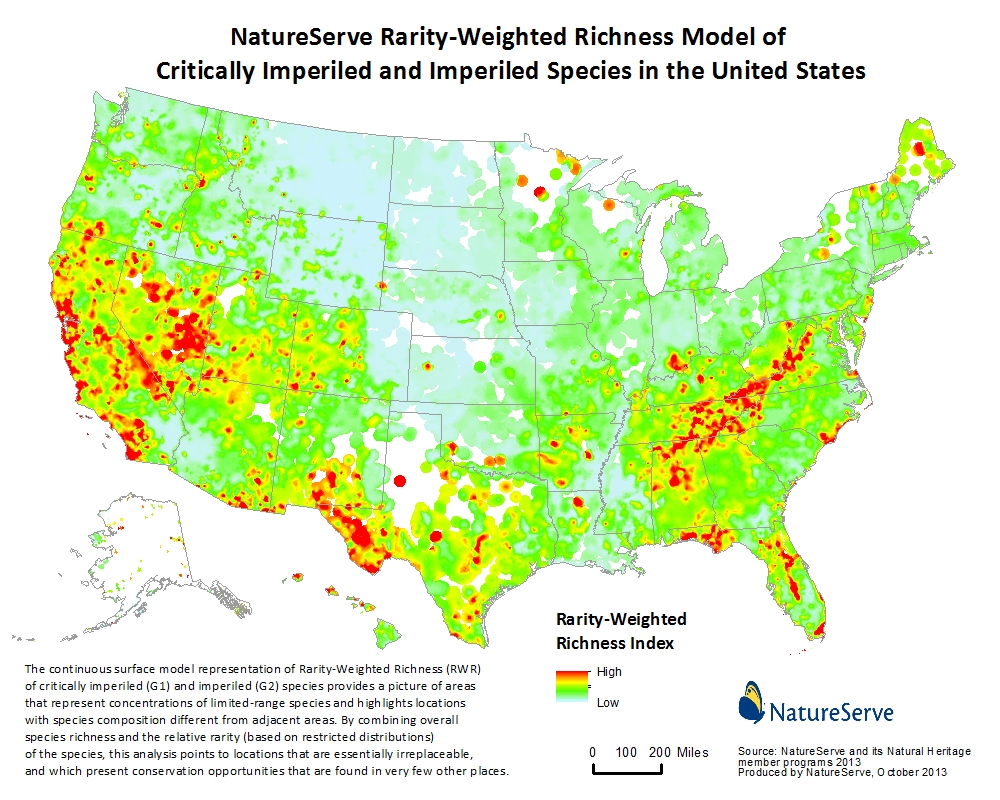 Go There, Know There!

I believe that one of the most worthwhile things anyone can do to promote our region’s biodiversity is to simply invest more time and learning into it. With that investment will come a greater appreciation for the region’s value, a more informed understanding of its needs, and an increased drive to champion it.

If you’re interested in learning more about our basin’s biodiversity the best way to do it is to step outside. In the words of Zora Neale Hurston, you gotta go there to know there. You can head to Pogue Creek or you can head to your backyard 🙂 Wherever you go, please remember to tread lightly. Here are a few things you can bring with you:

Jed Grubbs is the Program Manager of Watershed Planning and Restoration at the Cumberland River Compact. Jed is a native East Tennessean and now East Nashvillian, where he lives with his partner Jessica, dog Laska, and two cats Galveston and Abilene. He guides the Compact’s efforts to improve and expand its programming across the Cumberland River Basin and assists the Executive Director in administering the Compact’s In-Lieu Fee Program. Jed has a Masters in Urban and Regional Planning from Virginia Tech and graduate certificates in Watershed Management and Geospatial Information Technology.